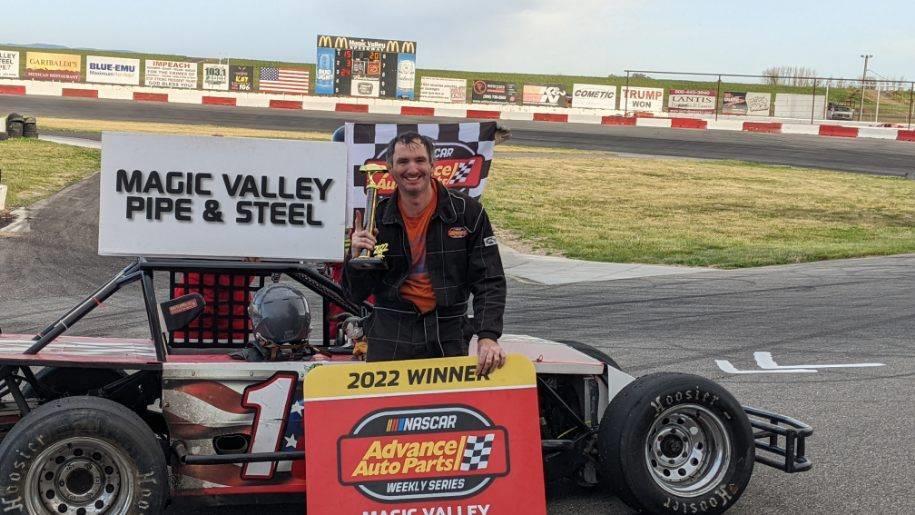 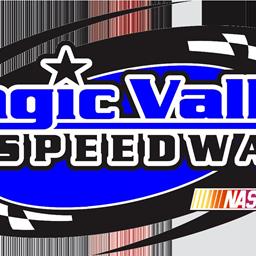 PSI Night at Magic Valley Speedway was this past Saturday! We had the ICCU Modifieds,  Qualeâ€™s Electronics Jr. Stingers, Pepsi Mini Stocks, and the McDonalds Street Stocks all coming out to play!

We kicked off the evening with the McDonald's Street Stocks rolling out for their heat race. The battle was there between the 23 Steve Edens Sr. and the 22 Shawn Lester, and the 78 Wille Dalton! 6 laps to determine the victor and in the end it was Steve Edens Sr. in his 23 car that crossed the line first.

Next up the Pepsi Mini Stocks had their heat race. With a tight race between the 3 Chad Everett, the 24 Zach Rydalch, and the 15 Roy Boots Jr. The drivers had 6 laps to hammer it out, and despite the best efforts from the rest of the class, the 15 Roy Boots Jr. drove away with this win.

Qualeâ€™s Electronics Jr. Stingers were up next! For the entire heat race the 6 driven by Paxton Guiles was chased down by the 88 Kaybe Stueder and the 14 Ash Ketcham. Guiles managed to hold them back and led every lap.

The ICCU Modifieds came out next for their first of 2 main events. 35 laps to decide the winner! With 15 cars circling the track, you could feel the competition in the air! Jonathan Gomez driving the 22 cut his way up to the front of the pack from starting in 8th. Gomez had a wide lead over the 29 Zach Webster running 2nd. With 3 laps left in the race, spin outs in the back of the field caused the caution flag to come out, closing the gap between your leaders. At the restart Webster and Gomez shot off, and Webster gave the 22 a hard battle. It was Gomez who parked his ride in victory lane claiming the 1st place win!

Returning to the asphalt was the Quales Electronic Jr. Stingers for their main event of the evening. Paxton Guiles drove the 6 out in front, with rookie driver Kayb Stueder in the 88 right behind him. Tonight was Stuederâ€™s first night racing ever! And the improvements seen just from his first race earlier to his second race now were incredible! It wasn't enough to defeat veteran driver Paxton Guiles tonight, but we look forward to seeing Stueder out there more! And I know if he keeps improving the way he was, victory lane will be in his future very soon!

The McDonalds Street Stocks came out next. The 22 of Shawn Lester and the 23 Steve Edens Sr. battled for the lead nearly every single lap.  Edens pushed his machine beyond its limits, but the 22 was dialed in just right for the night. By less than a full car length Lester claimed the win with the 23 right there on his left quarter panel across the finish line!

The next main event featured the Pepsi Mini Stocks. Drivers shot out onto the track ready for a win. The 24 Zach Rydalch battled the 3 Chad Everett for the lead. But lurking right behind them was the 15 Roy Boots Jr. waiting for his perfect opportunity. And it came in the final laps of the race, Boots stormed to the front of the pack and secured his first place win for PSI night!

The ICCU Modified lined up on the front stretch, and we did out of car driver introductions. The fans got to their feet and counted down from three and commanded the drivers to "Start Your Engines!!" With that they rumbled to life and after getting lined up in rows of two, the green flag flew signaling the start of this 35 lap main event! And our drivers left it all out on the track for this one! The 22 Jonathan Gomez raced hard to catch the 13 Tim Fahrner and he came close. But, tonight it was Fahrner who took the victory after leading every lap of the race!

Join us this next Saturday 06/28/2022 for CED night! We will have a huge night of racing for you! We will be welcoming in the Speed Tour Modifieds, Brennan's Carpet Midgets, the Snake River Legends, and Pepsi non-winged Sprint Cars! Be there or be square!!